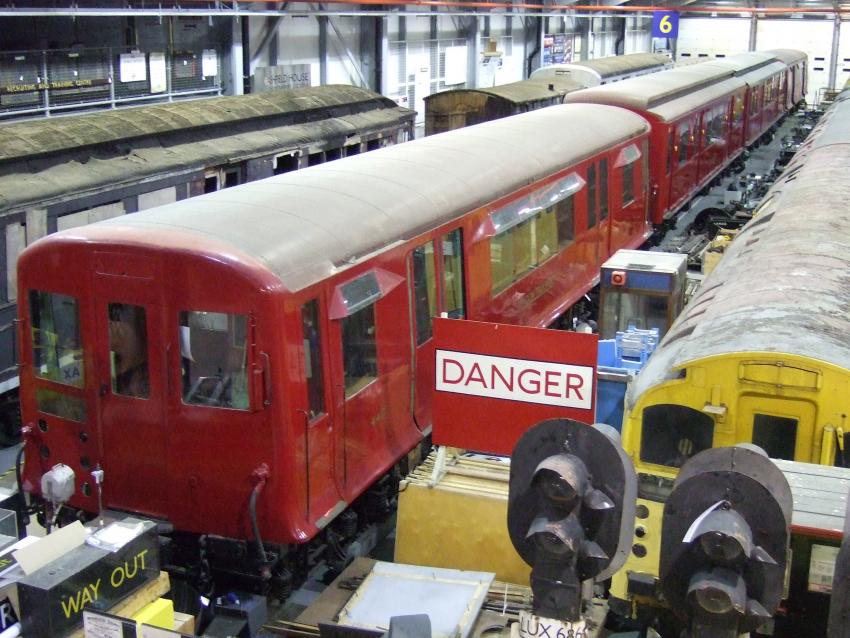 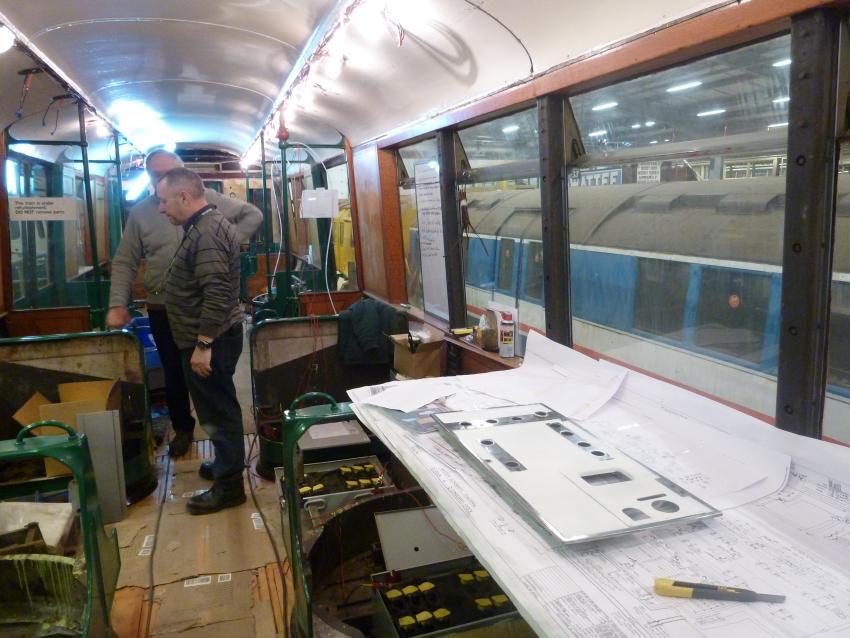 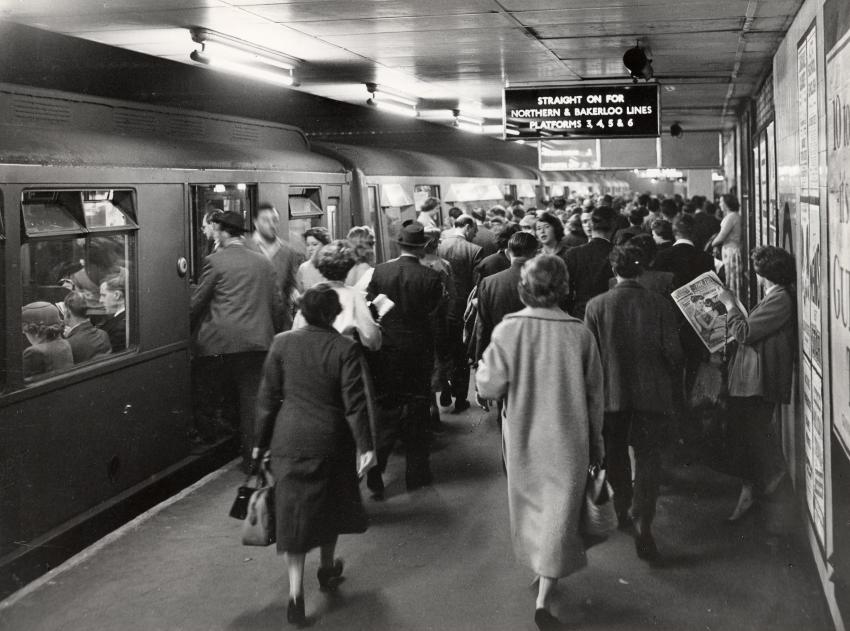 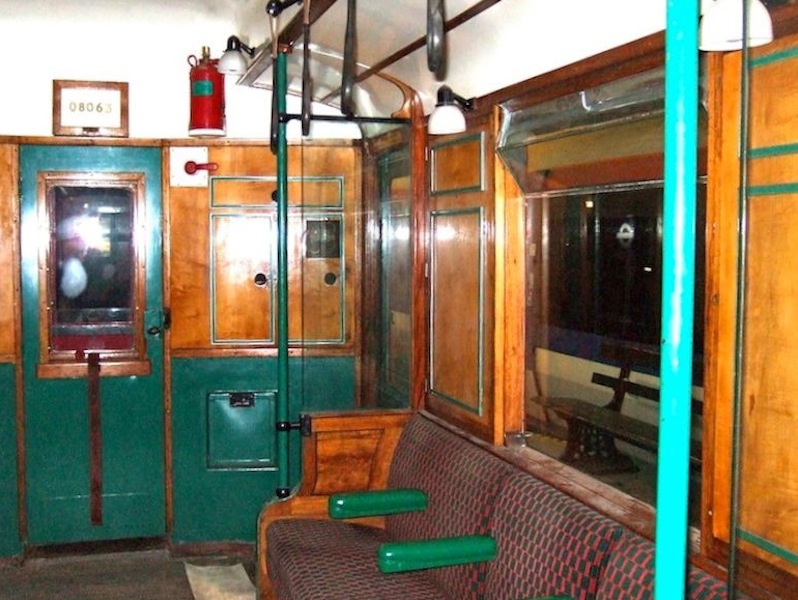 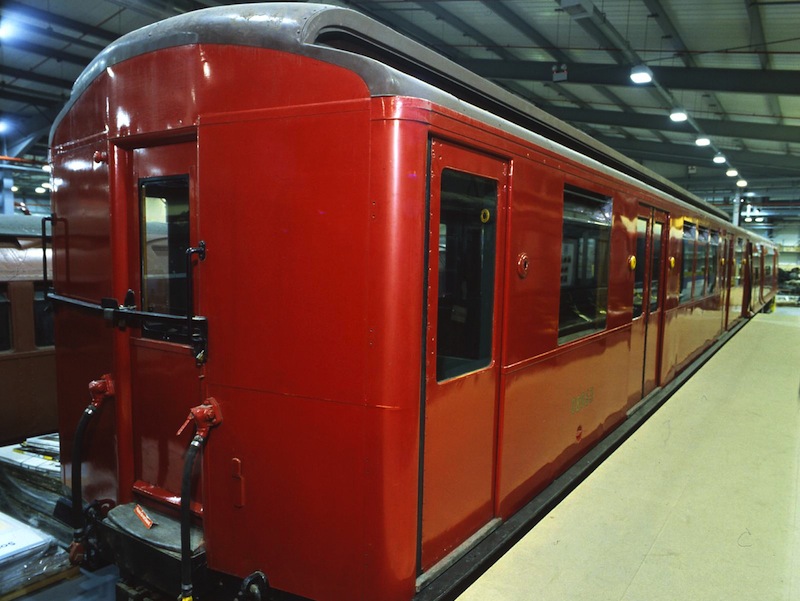 Q-stock was built in the 1920s and 1930s to two very different designs.The earlier cars show the American influence on early Underground operation, with their characteristic stepped “clerestory” roofs. Later Q-stock cars have an “Art deco” look with flared sides. Q-stock operated principally on the District Line, which has recently celebrated the 150th anniversary of the opening of the first section of this Line.

One of the earlier Q-stock cars is on display at the London Transport Museum at Covent Garden.

There are four other Q-stock cars in the Museum collection. They are:

The initial aim of the current Q-stock project is to restore three of the cars to operational condition.

Phase 1 will incorporate restoration of the two Q38 driving motor cars 4416 and 4417, along with Q35 trailer 08063, which is already close to operational condition.  Phase 2, restoration of Q23 4184, could then be undertaken once the three car train is operational, facilitated by a further fundraising campaign.

Here is an update on the progress of the project as at January 2020:

Work has been undertaken to confirm that the cars are still within gauge for the relevant sections of the modern Underground railway and can work with current line voltages. Another major issue is now beng addressed: whether the operation of these heritage cars is compatible with proposed new Underground signalling systems.

Whilst these studies have been under way, a considerable amount of preparatory work has been carried out by teams of dedicated volunteers. Some of this has been preliminary restoration work, particularly on the interior fittings, flooring and door mechanisms of one of the Q38 motor cars (4417). Research has also been conducted in contemporary technical publications; and parts stored at Acton Depot and elsewhere have been located, together with a list of other missing parts which will need to be replaced. Plans are being finalised for the period to which individual cars will be restored. These dates will vary from car to car, to allow different stories to be presented on the role Q-stock played in major events, such as the World War 2 evacuation and 1948 London Olympics.

As the project gains momentum, further donations are invited to ensure that the restoration plans can be delivered

MAKE DONATION
« back to projects