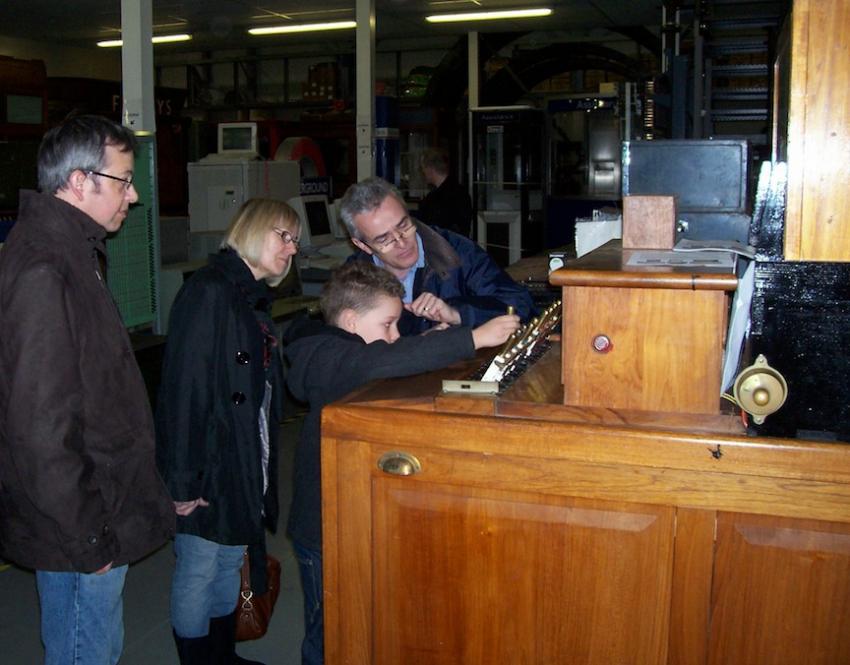 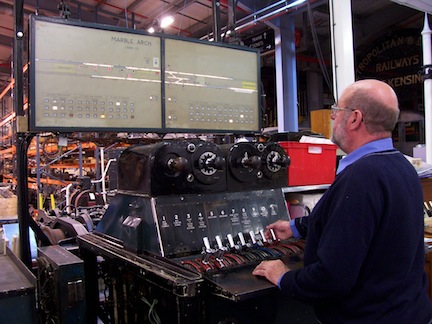 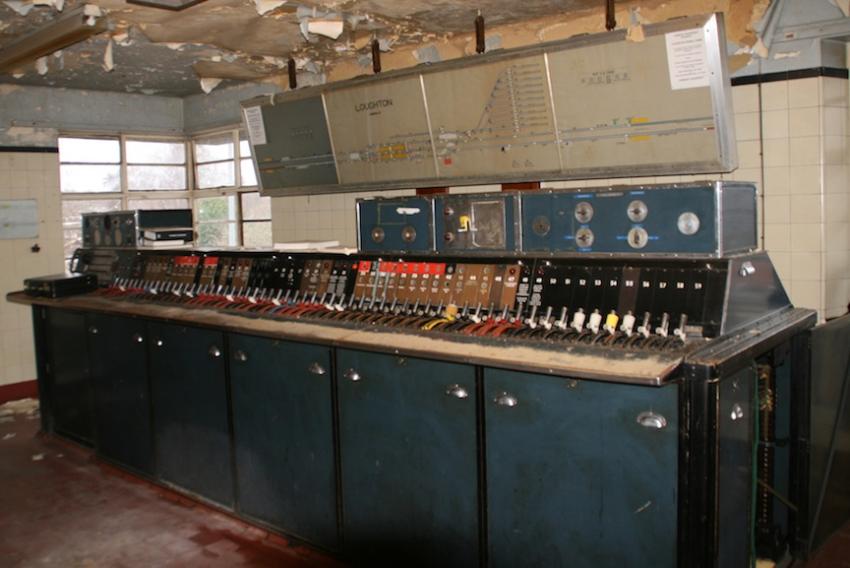 Always popular with visitors to the Museum’s Depot’s Open Weekends are demonstrations of the signalling equipment restored by the Friends’ Signalling Equipment Restoration Team.

Their first project was the York Road lever frame from the Piccadilly line. Once at the Museum at Covent Garden, it was dismantled, cleaned and reassembled at the Depot, Acton.  The team’s research suggests that although it was built in about 1906 it was probably never used in an operational signal box, but constructed for training purposes.

Next was the ex-Marble Arch frame, diagram and train describer transmitters and receivers, which were at the Central line station from 1952 until 1994. They controlled Bond Street to Lancaster Gate. In the restoration process they installed and wired no less than 175 relays to replicate the electrical interlocking associated with the actual installation.

A computer, built by Peter & son, generates trains on the diagram. It all works in real time such so that Depot visitors can see that when a team member stops working the frame, the trains stop !

Currently the team are rebuilding the former Bakerloo line Elephant & Castle frame, diagram and train describers. This frame – in service for 50 years from 1941 - is of a route-setting (push-pull) type where each lever controls points and signals. This is quite different from the other two where each lever works a point or a signal.

Their next project could be the old signal cabin at Loughton. Something of a time warp, it is just as it was left when taken out of service some 10-15 years ago. All of the relay room equipment is still in place, and the team is adamant that the cabin needs to be brought back to life. Discussions have taken place between the Museum and TfL’s Heritage Manager and it looks as though the project may get the go-ahead soon.