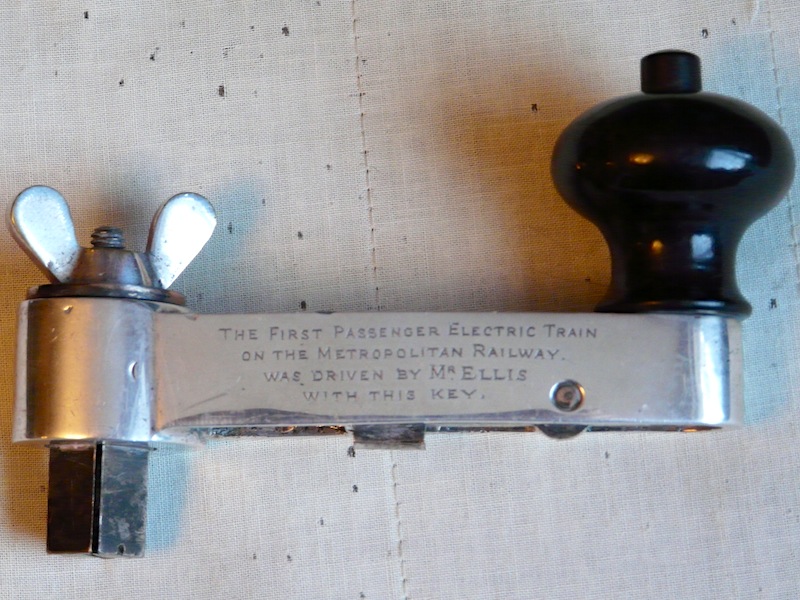 The Friends have made more acquisitions for the Museum at the recent London Transport Auctions.

The purchases included leaflets, posters and badges, and an early Metropolitan Railway enamel sign thought to have come from Kings Cross station, pointing to the westbound platform.

Another acquisition will be put to operational use is an Eastern Coach Works body builders plate from a GS single-decker country bus which will go on the Museum's GS64 to replace the current replica.

Funding acquisitions for the Museum forms an important part of the Friends’ activities and comes from funds raised through membership and memorabilia sales.

Photos of all the acquisitions will be included in our Acquisitions section in due course.