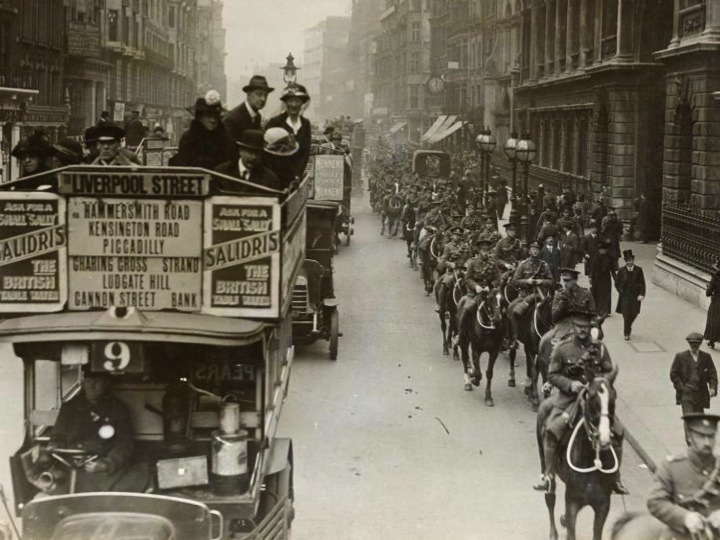 September is the month that the B-type Battle Bus B2737 prepares for its trip to the Western Front by shedding its London livery and donning its khaki camouflage.