Year of the Bus cavalcade for Regent Street 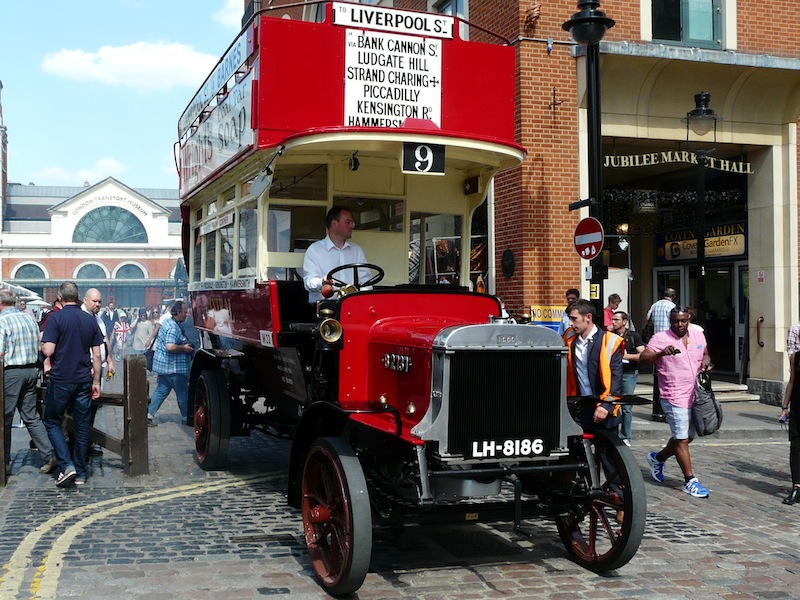 Almost 50 buses from the earliest horse-drawn model of the 1820s right up to the New Routemasters of the present day will transform Regent Street in the heart of London’s West End on Sunday 22 June in celebration of the Year of the Bus.

The Regent Street Bus Cavalcade, which will allow visitors unprecedented access to the most celebrated London buses of the last 185 years, will be held along the entire length of Regent Street which will be closed to traffic for the day.

The Museum is supplying a large number of buses, including five pre-war AECs, a trolley bus and RM2 and FRM1. The star of the show will be the newly restored Battle Bus - partly funded by the Friends. Other vehicles from private owners through to the major operators have also been invited. All the buses will be heading off from Albert Embankment earlier in the day in small cohorts except the horse drawn bus, and the Museum's trolley bus and 1930 Renown which will go direct to Regent Street.

The most modern buses – including those powered by hydrogen, electricity and hybrid technology – will be stationed near Oxford Circus, with vehicles increasing in age as visitors make their way towards Piccadilly Circus.

Visitors to the Regent Street Bus Cavalcade will also get the chance to visit the Battle Bus exhibition and find out about the Museum’s newly restored B-type bus which will be on display at the event. These buses were commandeered in large numbers during the First World War and converted into ‘Battle Buses’ to carry soldiers to the frontline and were also used as ambulances and even mobile pigeon lofts;

Alongside the family entertainment, the Museum has a pop-up shop selling exclusive Year of the Bus gifts, and food will be available at the London Transport pop-up canteen. The Friends will be sharing a display vehicles with the Battle Bus appeal team.