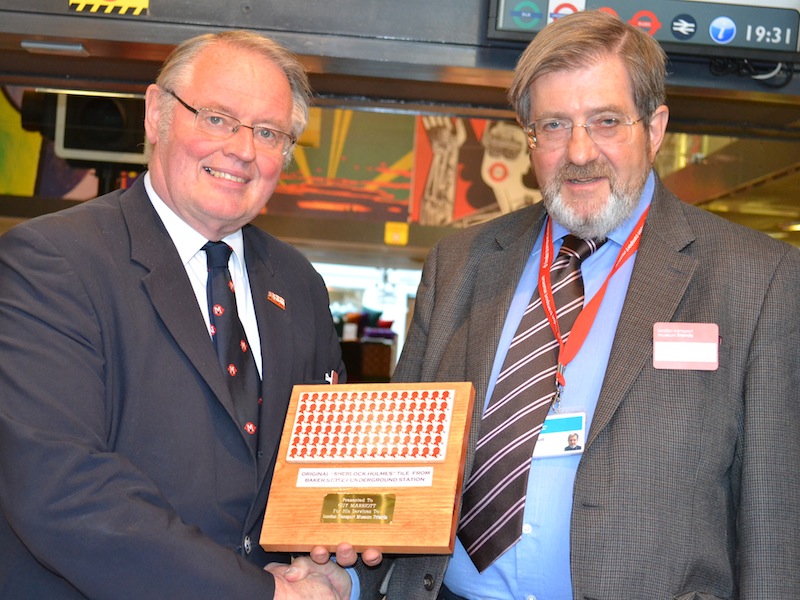 The Friends presented retiring Secretary, Guy Marriott, with a plaque comprising a tile commissioned for Baker Street station in the 1980s.

Guy, who has been the Secretary to the Friends for the past four years is also the President of the Sherlock Holmes Society and the parting gift will be a timely reminder of two of his great passions.

Baker Street station is being refurbished and originally it was thought that a tile could be sourced from contractors. But as every DIY enthusiast knows very few can be removed in tact. Fortunately Friends Sales Manager, Dave Taylor, used his contacts to find a tile which had never been used. The cream tile has a series of tiny Sherlock Holmes motifs arranged horizontally and vertically.

Despite retiring to the south of France, Guy has been asked to join the Friends trustees where his experience will be invaluable. He is succeeded by Visits Manager, Susan Gilbert.