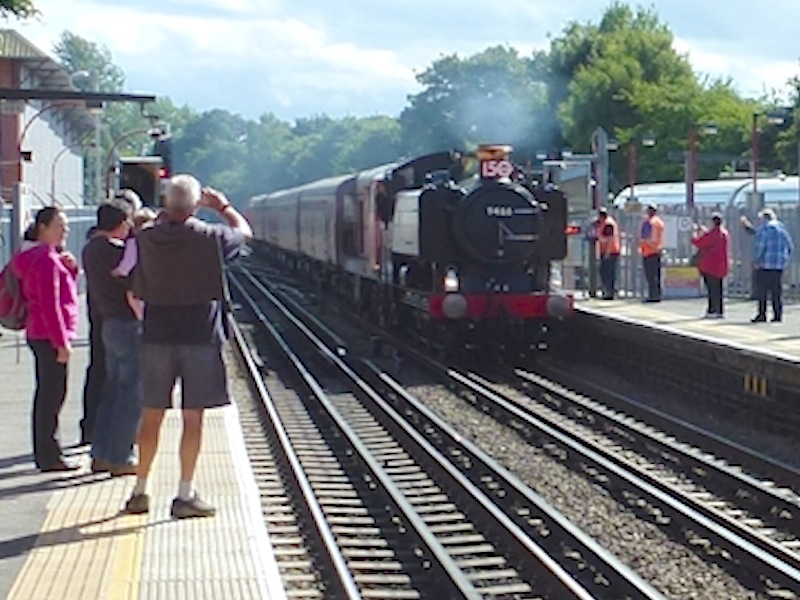 The Friends were out in force at the weekend at the Museum's Golden Age of Steam event on the Metropolitan Line.

Part of the Underground 150 celebrations, Met No 1 was in full steam from Amersham to Harrow-on-the-hill, accompanied by  GWR Prairie L150 and pannier tank 9466. All three were suported by Class 20 diesels.

Friends stewarded the trains, and on Sunday also operated the heritage bus service from Amersham station to the annual Heritage Day in the old town. Nearly 1000 passengers were transported in Routemaster RM1 together with Amersham & District's green RML 2440.

The pannier turned out to be the real hero of the weekend as both Met No 1 and L150 suffered failures on the Sunday.

Meanwhile, the Friends did a brisk trade in line maps, timetables and other memorabilia in their waiting room shop.

Met No1's final outing of the year will be in December when mince pie specials will run from Uxbridge.