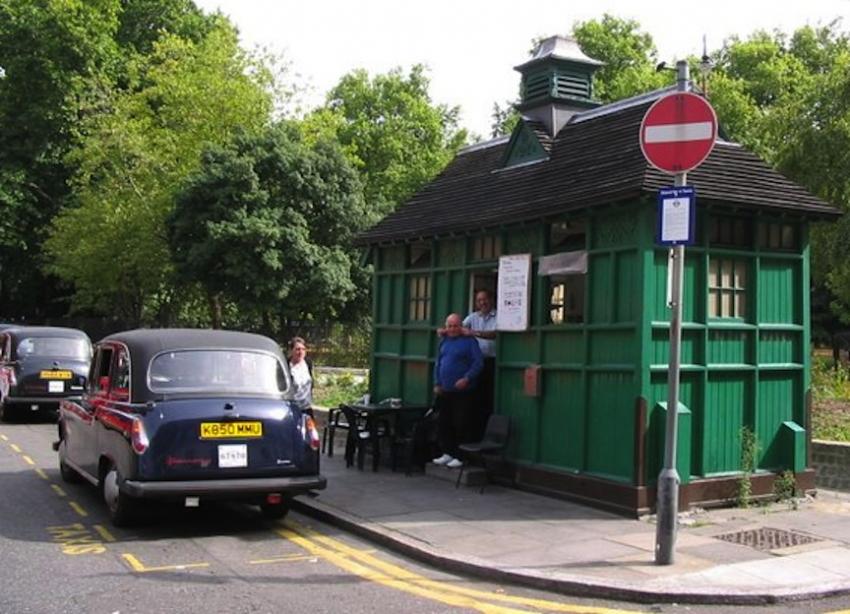 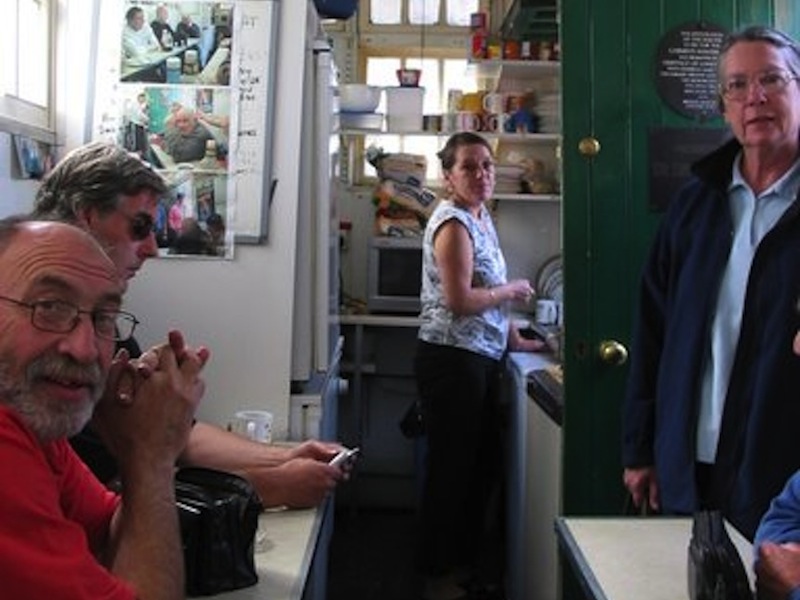 Interior of the Russell Square shelter 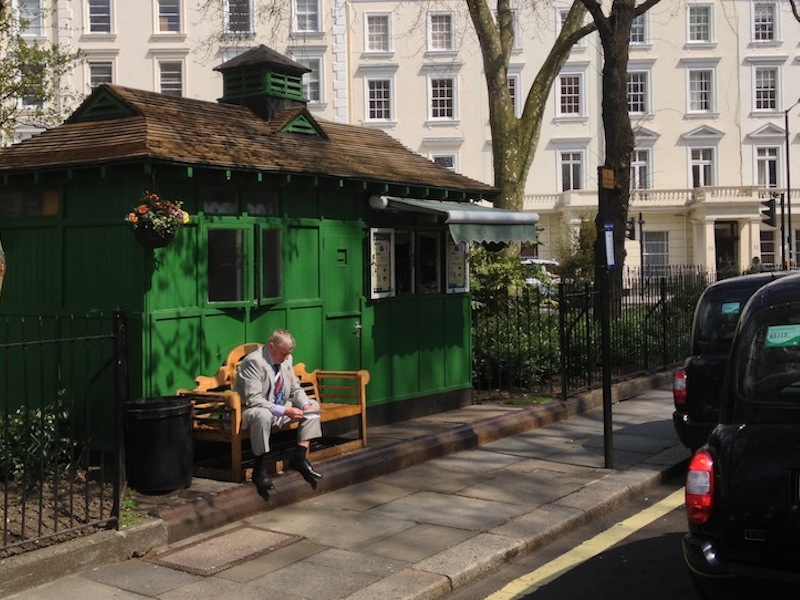 St Georges Square, Pimlico shelter
‹ ›
All the remaining 13 shelters, dotted around central London, are Grade II listed and are still looked after by the Cabmen’s Shelter Fund that built them between 1875 and 1914. Now, as then, they provide the city’s black cab drivers with a place to rest and buy refreshments.

Now, the London Transport Museum and the Friends, is raising public awareness of the shelters’ history, and promoting conservation and maintenance to preserve the shelters for the future alongside The Creative Intelligence Agency.

The Cabbies’ Shelters project will interview present and former cabbies to build up a picture of life in the London taxi trade since the Second World War. Also interviewed will be some of the people who have run the tiny cafés that operate in each of the shelters.

The recollections gathered, as well as a selection of cabbie memorabilia plus a full map of all the shelters (surviving and missing), will be handed over to the London Transport Museum. This material will also be the inspiration for lively and engaging artist commissions. The plan is to set up a friends’ group that will help the Cabmen’s Shelter Fund to ensure ongoing support for the structure, to keep them maintained and in use.

The public will also get the chance, during Heritage Open House days, to see inside some of the shelters, which are normally the exclusive preserve of the cabbies themselves. Local volunteers, including young people, will be encouraged to get involved to record the interviews and help gather the background information for the project.

Martin Harrison-Putnam, Senior Curator, London Transport Museum, expressed LTM’s whole-hearted support for the project, saying: “There is a gap in our collection when it comes to material relating to London’s cabbie community; so we are delighted to be collaborating with this original and exciting project.”

Any Friends wanting to get involved should contact Danielle Olsen danielle@thecia.org.uk
« back to projects